Here’s the deal:  I’ve been told that I watch way too much TV — and it’s partially true. I watch quite a few shows, but the only problem is that I tend to watch things that not a lot of my pals are into. And it’s pretty damn frustrating when I’m ready to go head first into my theories, likes, dislikes, etc., and I find there’s no one around to speak to. Le sigh. So, why is it that I’m the lone viewer in my crew? This can be one of two reasons: either I’m just very open-minded when it comes to TV (aka “weird”) or my friends/fam just don’t get why I’m into these shows.

Well ladies and gents, today is your LUCKY day! I’ve decided that I’m going to put you guys on to a series of shows that I’m diggin’ and that you could to like too. Now I figure that my list today may or may not strike a chord in some of you, so I intend to do this every week until I’ve found some kindred spirits. Oh, and it won’t just be TV shows either, but for right now, we’re gonna start things off a little light.

So, what shows am I going to talk about first? Let’s just see, shall we:

Synopsis: “Former government agent Raymond “Red” Reddington (James Spader) has eluded capture for decades. But he suddenly surrenders to the FBI with an offer to help catch a terrorist under the condition that he speaks only to Elizabeth “Liz” Keen (Megan Boone), a young FBI profiler who’s just barely out of Quantico. “

Why I’m Diggin’ It: First and foremost, the show’s star, James Spader, is the freaking man. I don’t care how much weight he’s gained, or how much hair he’s lost. There’s something about this guy’s caliber of acting that just makes you all tingly when you see it in action. When James talks, it just demands your attention and his role as the ever-conniving informant is quite possibly one of the best things I’ve seen on TV.

Bottom line: If you like shows with characters that are masters of manipulation, then you’ll enjoy this. 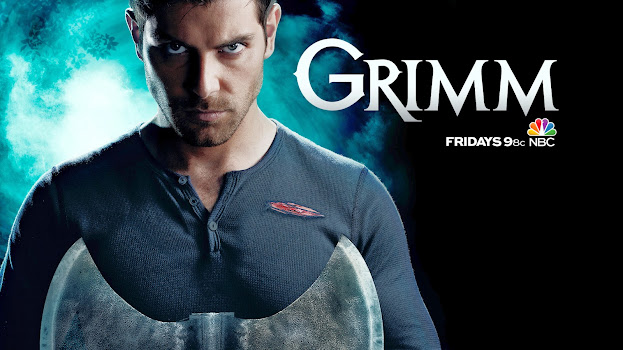 Synopsis: “A homicide detective discovers he is a descendant of hunters who fight supernatural forces.”

Why I’m Diggin’ It: I think my feelings on this show have been made quite clear by this point, but what I absolutely love about this show is that it’s got cop action, family drama, and a unique take on the characters of the Grimm’s fairy tales. It’s fantasy without being too over-the-top, while simultaneously not taking itself too serious. Every week there’s something new, while staying true to the core of the show and that to me makes for fun TV.

Bottom line: If you like shows that reshape the fairy tales you grew up loving, then you’ll enjoy this.

Synopsis: “The lives of the people of Arcadia, Missouri, are forever changed when their deceased loved ones return.”

Wouldn’t you want to know why your dead aunt popped up on YOUR doorstep?

Why I’m Diggin’ It: This new show kicks off with a little boy named Jacob waking up in China, and ends with us learning that he’s been dead for about 30 years. With every episode seemingly adding another dead loved one returning to their family (or possibly in hiding), this show is interesting to say the least. These walking dead — not like those Walking Dead — are all somehow connected, and the shady Sheriff Fred, his inquisitive daughter, Maggie, and federal agent Marty (Omar Epps) all want to piece the bizarre clues together. Meanwhile, we’re learning that more dead people are coming back and they might not be as friendly as the ones we’ve seen…

Bottom line: If you’re looking to take a chance on a show filled with mystery and head scratching, then you’ll enjoy this.

These are the shows I’ve got so far, but I’ll be back next week with yet another list, but in the meantime I hope you give these shows a shot! If you’ve got some suggestions, be sure to send them my way. Until then,

Are you already a fan? Let’s chat about it in the comments and connect on Twitter to live-tweet the next episode!

Christian Grey said this to Anastasia Steele after she came to his place with intentions of making love for the first time. I couldn’t believe it, as I’d been told something similar when I too was a virgin, seeking a companion.

“I really want to fuck you,” he said to me. He was the guy that I thought I was in love with in high school. I was a slave to his somewhat coolness, sleek hair and intoxicating scent. We were off to the side in our lunchroom cafeteria, talking in hushed voices. END_OF_DOCUMENT_TOKEN_TO_BE_REPLACED